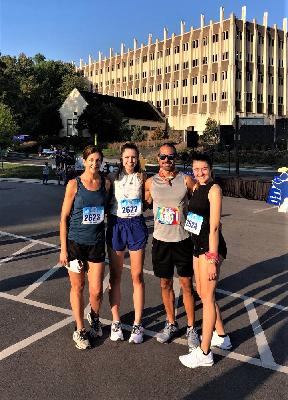 In February 2016, I went to the doctor for what appeared to be a sinus infection. When symptoms didn’t improve after a round of antibiotics, I went in for an MRI which revealed a large tumor in the right side of my brain. Less than 48 hours later, I underwent major brain surgery to remove the tumor. When pathology revealed it was cancerous, I began a 6-week course of daily radiation followed by a year of chemotherapy. This event altered my family’s lives forever and we would not have made it through that first year without the incredible care, support and compassion we received at Duke’s Preston Robert Tisch Brain Tumor Center along with the incredible support we received from friends and family.

This February marked my 6th year as a survivor and each day is truly a blessing. For the April 30, 2022 event, I decided to form a team and invite others to join me and my family at the event and/or to make a donation to join in the fight against brain cancer.