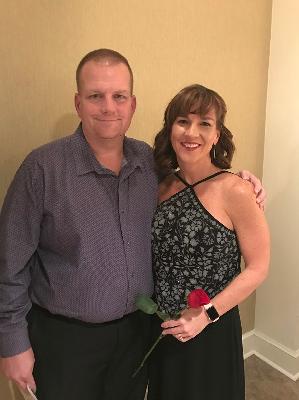 I hope that this day finds you well.  This page is to support the Duke Brain tumor center in Durham.  It is one of the leading Brain tumor centers in the world and the research is not funded as much as other more treatable cancers.  In fact it is one of the least funded.  The drug companies dont foot the bill because brain cancer is so deadly, making the drugs not profitable for them due to the fact that those diagnosed with Brain cancer typically die within 6 months with the most prevalent one (Glio blastoma multiform)  Duke has participated in research because of the funding of fundraisers such as this one, that puts almost 100% of the money into research.  Greg has a form of Brain cancer called anaplastic oligodenglioma.  When he was diagnosed he was at a WHO stage II.  It has been stable since that diagnosis until the beginning of this year.  He now had an active area which they were concearned about.  After a biopsy, they discovered that it is now a WHO grade III (There are only 4 grades with 4 being the worst) Our family has been hit with several big blows but still know that God is in control.  It would mean a great deal to me, his wife, if you would contribute any way you can. Greg especially would appreciate it and would just love to talk to you and thank you for the prayers and how it has brought us closer together as a family.