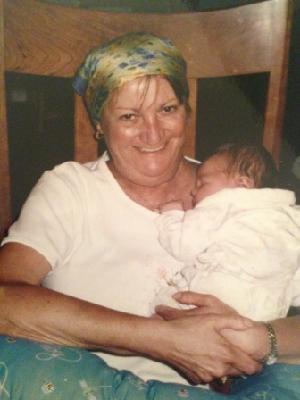 Sherry with her second granddaughter, Hannah, three months after diagnosis.

This April will mark 17 years since Sherry's Angels first participated in Angels Among Us.  We are walking and running in memory of Sherry Stoop Brinton (1945-2006), our beloved mother, grandmother, wife, sister, aunt and friend.  Please join us in our fight against brain cancer.  At Duke, there is Hope!