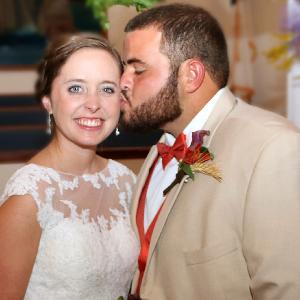 This is the 13 year “tumorversery”! To God be the glory! Heather was diagnosed in April 2009 at age 14 with a JPA on the brain stem. After surgery, chemo and radiation treatments, now almost 13 years later, she is a survivor. Heather graduated from ECU 2016. Heather and Christopher Jones were marred in October 2016.  They now live in Roanoke, Va. where she works as a Child Life Specialist and is currently working toward a master's degree in professional counseling. We know that God is working through her in her life and that she is following His leading.