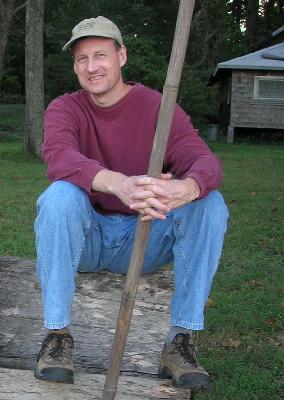 Doc's Walkers Team is dedicated to the memory of Mark Alan Schroeder, MD who lost his 20-month battle with brain cancer on May 9, 2009.

Mark was born in San Francisco, California on September 22, 1963 and was raised in Illinois and New Jersey.  He earned a Bachelor of Science degree in Fishery & Wildlife Management in 1985 and a Masters degree in Packaging, Design & Development in 1989 from Michigan State University.  Following graduate school, he worked for Tredegar Film Products in Richmond, Virginia for nine years as a Product Manager.

In 1998 Mark decided to follow his dream and entered the Medical College of Virginia to become a physician in Family Practice.  After completing medical school and a three-year residency, he joined a practice in the Richmond, Virginia area and began living that dream.

In September 2007 Mark was diagnosed with a brain tumor, had surgery and entered the program at the Preston Robert Tisch Brain Tumor Center.  Up until 16 days before he died, he continued to take care of his patients.  We all love him dearly, miss him terribly every day of our lives, remember his life with smiles and tears, and know he is with us always . . . he truly is our Angel Among Us!