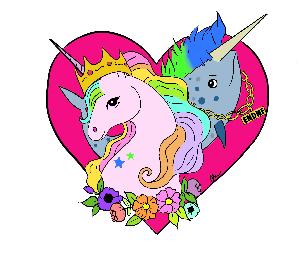 In January 2020, I was diagnosed with Neurofibromatosis Type 2 (NF2). 4 weeks later, I received my first craniotomy, followed by 6 weeks of daily radiation treatment. Last year, in June 2022, I received my second craniotomy in which 2 tumors were removed. I currently live with 14 tumors, at least 1 of which will require additional treatment within the next year. While living with the symptoms caused by these tumors is not easy, I've learned how to make the best of the situation and hope to enlighten more people about NF and brain tumor awareness. This past fall, I took on the role as Development Coordinator of Angels Among Us, so while I won't be able to run on April 22, I'll be there making sure it's a fun day for everyone!